The 2021/22 season has seen the market value of some players skyrocket and after another great season for full-backs in the English Premier League, it is not surprising to discover that full-backs in England are some of the most valuable in the world. 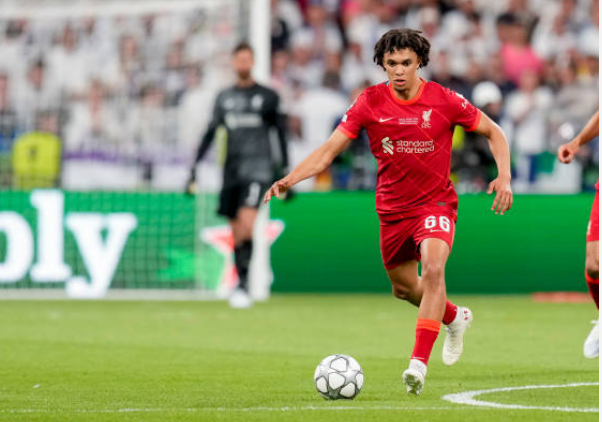 Liverpool’s full-back, Trent Alexander-Arnold is currently the most valuable full-back in the world.

The English international has a market value of €87.4 million.

The Liverpool academy graduate is still 23 years old and his contract ends in 2025. 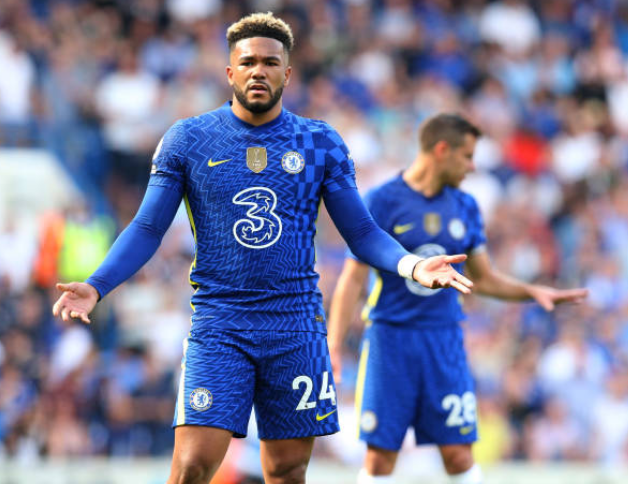 Chelsea’s full-back, Reece James is the second most valuable full-back in the world with a market value of €82.5 million.

The Chelsea academy graduate was instrumental for Chelsea last season and his impressive attacking performance from the wing has seen his market value increase.

CHECK THIS:  5 Top Players That Have Never A Missed Penalty In Football History

Manchester City’s João Cancelo is another attacking full-back who plays in the English Premier League.

The Portuguese star helped Manchester City win the English Premier League last season and his overall performance for the team has helped increase his market value.

The former Juventus star is now worth €78 million. 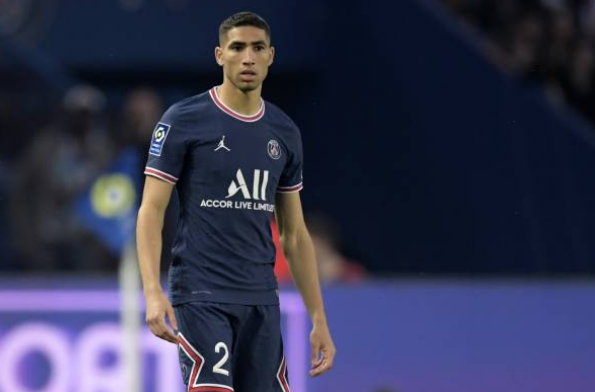 Paris Saint-Germain right-back, Achraf Hakimi is the fourth most valuable full-back in the world currently.

The Moroccan international, who helped his national team secure a World Cup spot and also helped Paris Saint-Germain win the French Ligue 1, has a market value of €75.2 million. 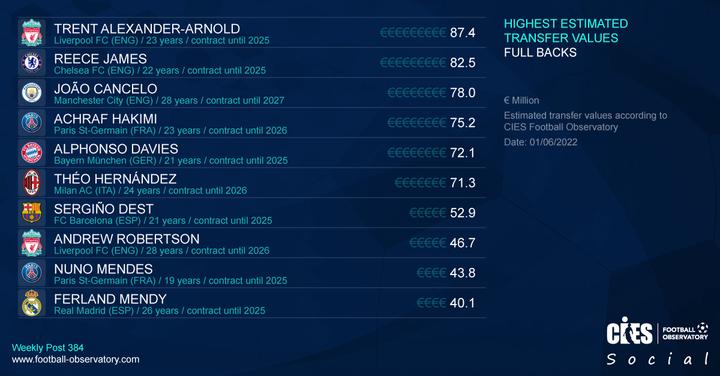 10 Best Strikers In The World Based On Current Form